My thesis project is about historical and future imaginaries, played out in a game substrate (a web-based game environment I call Grotto.)

I’ve identified three modes of gameplay that have been helpful to me while finding the thematic focus of the game. Grotto itself doesn’t include all these kinds of gameplay (I don’t have the technical resources to create a game in the “Arcology Mode”), but I’m finding ways to address each one in the three gallery shows I have leading up to my thesis.

The dungeon is a familiar setting in fantasy gaming (dungeons and dragons, roguelikes, real-time dungeon crawlers). In these games the player explores an occluded-view map that is filled-in as they traverse it. In computer games this world is even more occluded than in tabletop games, as the latter exposes its operational rules for human gamemasters to conduct play. 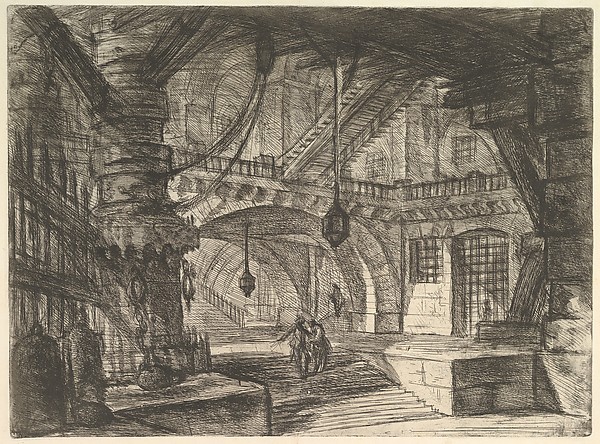 In Grotto the computer game dungeon is an occluded past, constructed out of what I know or can learn of the past through family oral history and data, but held together with fantasy and folklore where the data is silent. The dungeon is a place where histories and fantasies compete with one another, shaped by power. The dungeon is filled with evidence and lies, it’s a workspace that creates narratives as a by-product of the action of play. The dungeon is architecture left behind as a trace of power, digging down deeper, hiding itself, hoarding wealth to no end. The dungeon is a place of punishment and torture, of ritual, of entrapment. Like the frontier, it’s engaged with by exploration, mapping, looting and violence, but its walls are rigid and built by someone else (the game developer/disappeared power). Is the dungeon what is left behind by an ever-shifting frontier? A sediment of graves built higher and higher with an arcology on top? A history of ossuaries is connected to the dungeon mode, cenotaphs, museums. Anderson examined the state function of the museum as creating a shared mythologied past (Anderson, p.163), and the dungeon is the cast off, sedimented skins of an infinite number of museums, attacked and looted for symbols, graffiti’d with counter-histories.

Arcology, a term for a city megastructure, is a portmanteau coined by Artist/Architect Paolo Soleri (architecture-ecology). Soleri’s Arcology designs were rough sketches of enclosed cities with dense urban areas, incorporating passive climate control, renewable energy sources, and doing away with cars and single family homes. Soleri considered his designs to be rough guides, and emphasized that an Arcology should be an urban laboratory that harnesses the creativity and will of its residents. Despite these assertions, many, including some thinkers on the new left, perceived visionary architecture, and in particular megastructures, to be an authoritarian gesture, engaged with the “chimera of utopia” as Baudrillard called it. Early Dutch situationist painter Constant Nieuwenhuys became fixated on the potential of visionary architecture to create infinitely configurable spaces of play, but found his ideas abandoned by Situationist International founder Guy Debord, who came to condemn the idea of a prescriptive situationist style of architecture and left the Situationists as a result. In these conflicts we see a clash between the last vestiges of a modernist, scientific socialism and a critical new left. Today visionary architecture is a solidly authoritarian project, as in the Saudi megastructure project, “The Line”, a planned 170 km long, mirrored, wall-like city, literally hiding its own petrochemical power inside a greenwashed mirage in the desert.

Soleri’s ideas of Arcology as city/organism tie in to my ideas about the mode of game world conception in simulation games like Dwarf Fortress, where the player imagines themselves not as any individual character in the game, but as a demiurge-like focus of will that tries to influence simulated characters, but does not directly control them, and may be ignored and undone if they haven’t effectively planned and provided for their population. Games fascinate me not just as a place to build worlds but a place to build new sorts of selves and their relation to those worlds. The kinds of selves we play through in an Arcology Mode game insinuates a kind of power. Is that power authoritarian (can it mechanically be described as authoritarian even if the game calls it something else?) Can there be another arrangement?

The Frontier is a concept that fueled American expansionism - and has extended from physical territories to space, the internet, games (Grandin). Frontier is a mode of world apprehension in open world games like Minecraft, where resource extraction, expanding homestead, and siege defense are all major aspects of play. It’s a perspective where violence is directed out at an ‘other’ with no expectation of consequence, where individuals act as unbounded conquerers, metastasizing. A past is provided to support this action, dredged up from the mists of the dungeon.

Few Americans can trace their family histories before the eighteenth century. For me my earliest known ancestor was Valentin Fridl, an east Moravian laborer and farmer born in 1763. Beyond that my conception to a time that I am materially connected to is filled by proxy fantasies. Legends of Old Bohemia was one of the first literary works of the modern Czech written language, compiling ancestral myths in an effort towards nation building in the aftermath of the Austro-hungarian empire. It’s filled with witches and wizards, and a nation founding myth of migration and the subjugation of the land, as the wizard-chieftan Čech leads his people over the Říp mountain to a land of milk and honey revealed once the forests are cleared, including their inhabitants- legendary beasts, witches and “hairy wild men”. Legends tempered to a purpose, both the diaspora of Czech peasants fleeing compulsory military service and dispossession of land, and then the building of a short lived Czech independent state after World War I. We can find many such imagined community myths assembled to fuel modern projects. I think also of the racist ancestral myths of the Saxon “Germ Theory” conjured to create a “white” identity. I’m interested in how different cultures are consumed by imagined identities and assimilated into imagined communities of strangers that can simultaneously isolate and individualize them while preparing them to serve as components of the economy and of war. War trauma blossoms out into my family from the depths of the dungeon, warping the domestic space, a tablecloth continually smoothed to cover a charnel pit. 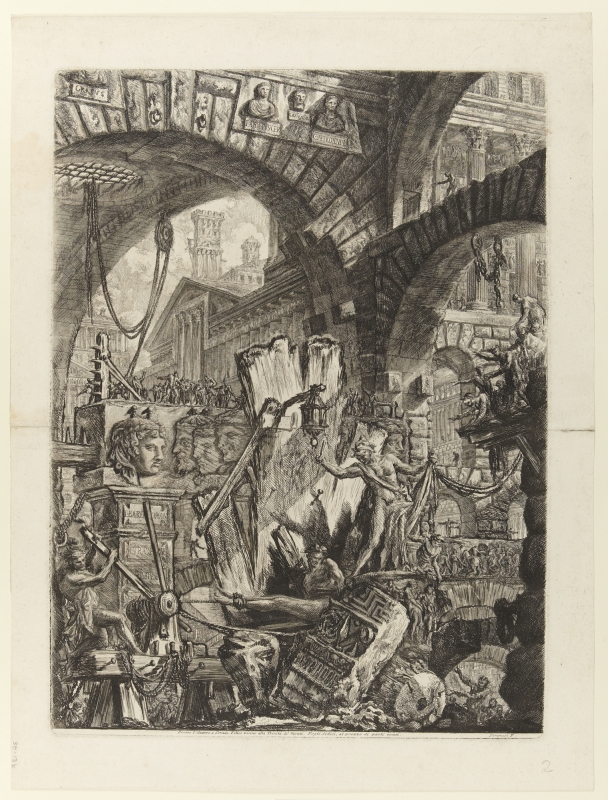 The line between the frontier and the dungeon is always being renegotiated– the dungeon is a history painting that builds the identity that allows freedom from restraint in the frontier mode. The dungeon is an invented mythology– There’s a sort of intense rumination on these sorts of fantasies in pop culture, typified in Tolkien’s attempts to create a pre-christian mythology of Britons that mirrored Teutonic myths. These fantasy tableaus embed simplified and unquestioned cultural values– limitless expansion, extraction, the subjugation of nature, the essentialized evil of the other, the self-sufficiency and power of the individual hero and the cooperation of the party. The dungeon is a place of extraction from an architecture of evil. It’s hostile, filled with traps. It is signified by an occluded map of a structure built by ancients, connecting an unknowable past to a present adventure. The computer game is important to me because of the way its own mechanical functioning is occluded, unlike the exposed rules and present game master of a table-top game. The Dungeon represents my dim understanding of the past as a neophyte to both history and of my own family histories. Its levels are generational, stretching down into the darkness towards the total occlusion of death. Lurking in the dark are a succession of monsters from family stories and mythology. The Frontier is a crime scene where more dungeon is produced, a dig site where materials are hoarded to build the arcology of the future– a future that never comes to pass.

The entrance to the dungeon is in the home

the frontier moves through every available space like a wildfire

the arcology is a mouldering pile of blueprints towering into space, a chance to right wrongs that is always deferred

Who is the player in each mode?