This is project start for Mud Room, an art installation.

Origin of this project is with a piece of folded writing I did in the style of Everest Pipkin’s Soft Corruptor, and to a lesser extent with a couple of experiments I had called Cenotaphs 1 and 2

Atlas Obscura, The Quest for the Real-Life Treasures of Atari’s Swordquest

My grandmother bought a Sears 2600 clone and a couple of games to occupy me and my cousin over the holidays when our grandfather found out he had bone cancer, so with this hushed backdrop of something being horribly wrong, we were obsessively trying to figure out this totally cryptic and kind of sinister videogame with the idea that we’d get rich if we did.

I had kind of forgotten all about swordquest until Terry Cavanagh submitted a game informally known as “four letter word” to an IGF and I got really fixated on it, he never released it, but it was this atari-2600 esque abstract puzzle game in an alien language. It immediately unlocked all these memories. 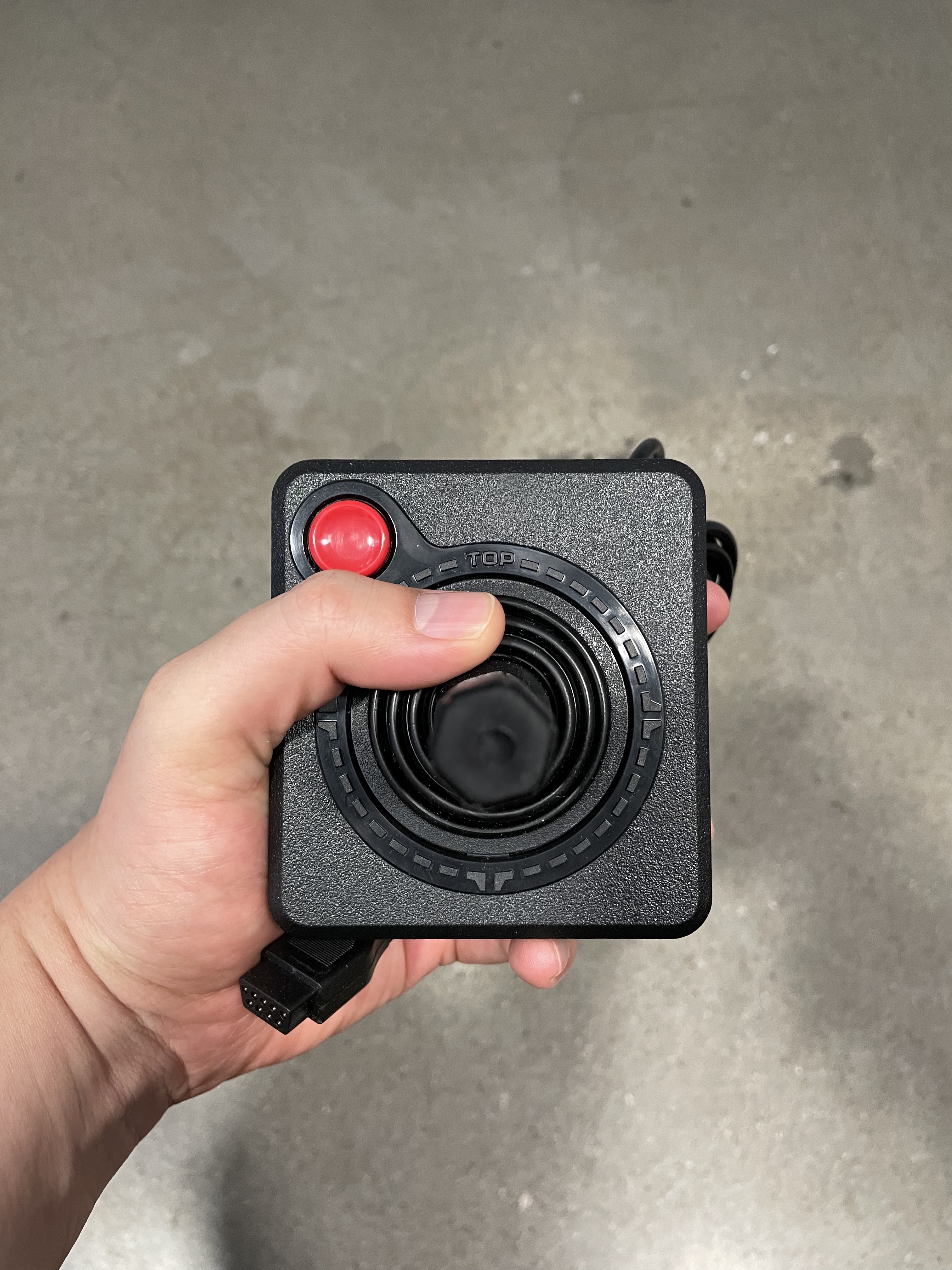 Mud Room is a jumble of ideas. Thinking about holding an atari 2600 joystick weighted down with lead in the mostly-dark. A series of rooms recalls swordquest but it may not look like Atari pixel art. The push towards that is strong (Thinking about my reaction to Terry Cavanagh’s Four Letter Word) but what if it was the joystick and very loose pencil sketches? Jenna showed me Velocity by Karolina Glusec which had a feeling. I still cannot decide if there is even a player avatar though. I suppose there would have to be to make a connection between a button press and the act of cleaning. Otherwise it’s just a menu option, which is alien to all the references in this work.

If there’s a player character, then projection mapping becomes more difficult. Is this mapped over three screens and a floor in a ‘box’ like I had imagined at one point, or just a single screen, maybe with reflective surfaces around it that just mirror the color of the screen, still giving the feeling of a room? A solid color background, pencil sketch player and icons, or abstracted crude pixel art icons and player…

A room starts out dark, you bring light to it and scare away bugs

Then you clean it, an inscription of a name and dates becomes visible

Then you may decide to build a shrine

Shrines have item slots- candles, incense, a photo, a plant, some of these are consumable things that may be replaced after a duration

Rooms could have informational items added, maps, obituaries, letters these items exist in the database and can have a file attached

Could I use the Grotto project I experimented with last year to be the back end for this?