against better judgement, the last 20 hours were spent driving feom LA to Austin, without stopping or having any contact with strangers. I’m about to collapse, but I had an idea during the drive. I keep interrogating these old game ideas (Thicket is a really old one) by asking myself, “how is this situated?” Where does the game go to connect it to the world and prevent it from just blowing away, never interacted with, like so much digital media in a now fathomless sea of noise?

Thicket has has a lot of unity head banging involved because i am a novice and because its already an overelaborated idea because it stewed for too long before being prototyped. what am i interested in now? how do I situate the game and get people as a part of it? give it a memory, make it a place? 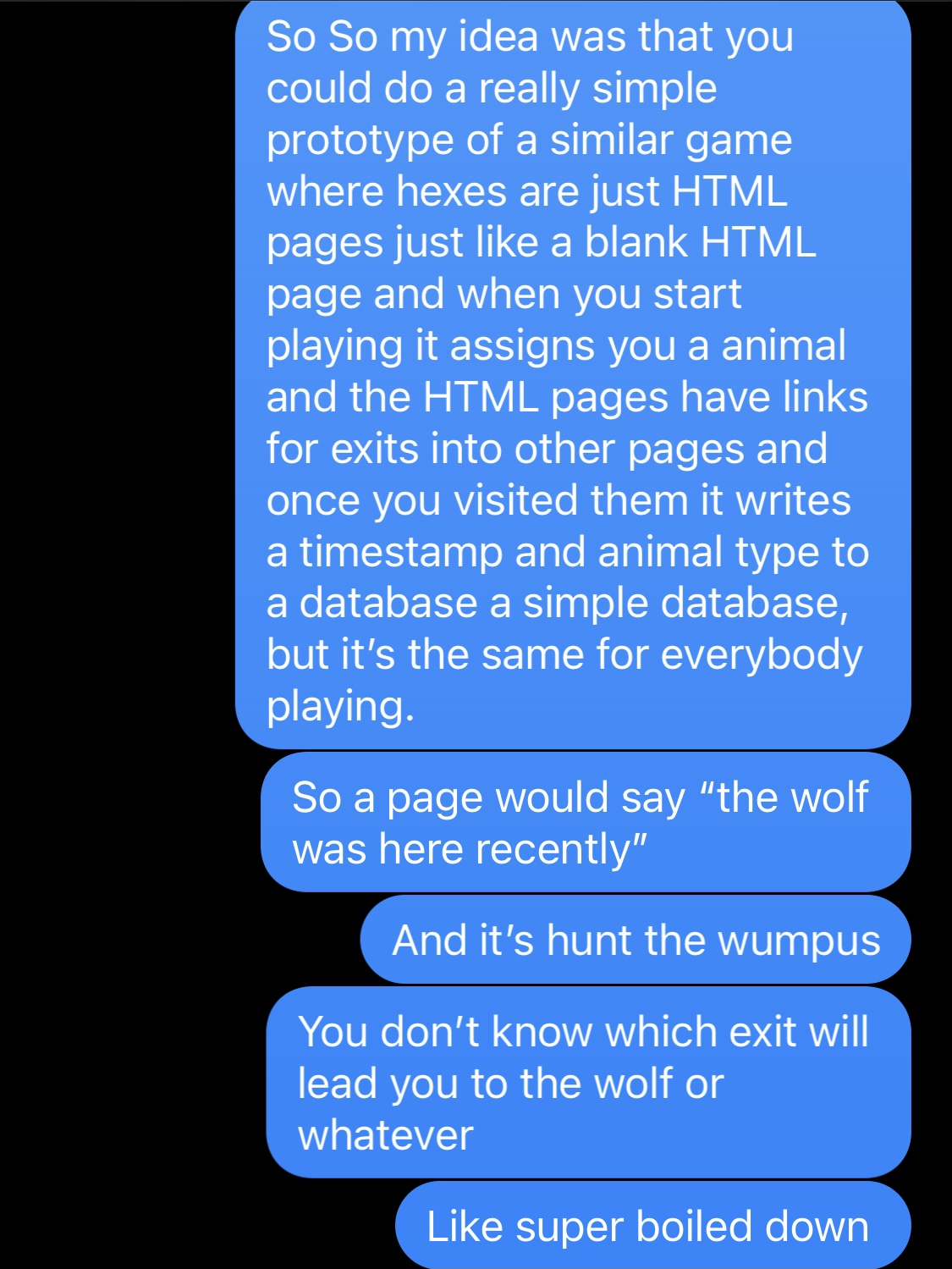